Termites can be a silent but serious threat to your home. These little creatures chew away at wood and other materials, costing $5 billion each year in property damage!

The ground is warming up across the country, and that means termites are emerging from their winter hibernation. They send out swarmers to search for new homes in order to invade them! These lazy creatures look identical as flying ants orwasps- so many homeowners might mistake these pests when they find one inside your house just because of how similar itacts. But don’t make this same error; if you notice any strange activity coming from outside at night time then get onto safety immediately since there could potentially be entire colonies nesting near structures already damaged by weather conditions last year.

Termite species that feed on wood and cause structural damage to your home are not only found all over the world, but they can be quite destructive. These pesky creatures come in many different colors – black being one of them! The following five types may pose a serious threat if left unchecked. These termites live under logs or other tree stumps as adults; become visible when food source available (such us old furniture); leave behind telltale saw marks while chewing through heavy gauge metal sheeting…

Subterranean Termites are found in every state except Alaska. This termite species lives in underground colonies or in moist secluded areas above ground that can contain up to 2 million members. They build distinctive “mud tubes” to gain access to food sources and to protect themselves from open air. Subterranean termites are by far the most destructive species in the U.S.

More than 2,000 different species of termite exist and the Formosan is among them. They can be found all over North America with their most prominent location being in Texas where they build intricate mud nests inside structures that are often attacked by other insects looking for food or shelter within these buildings because it’s home sweet home for many types unfortunately including this aggressive type which makes controlling infestations very difficult.

The dampwood termite is not as common compared to other species, but they can cause major problems for homeowners. These insects infest wood with high moisture content which makes them easier targets in structures because there’s less risk of getting caught by their enemies when it comes time for attack! Dampwood Termites prefer warmer areas like southern Florida or California – so if you live near these regions remember how important prevention really does work.

The drywood termite is different from other types oftermites because it lives in wood without being near any soil. This means that these pesky creatures aren’t limited by the amount of available moisture like their subterranean and Formosan counterparts sometimes are; if there’s enough dead tree around your home, chances are high for finding one or two colonies established on it! Drywoods tend not only stay close together but also travel between areas all over America-so watch out unless you live somewhere never usually hit with this pest problem such as North Carolina up through coastal California ( southern tier states).

The conehead termite is an invasive species that was originally found in the Caribbean. It wasn’t until 2001 when they were introduced to America and renamed “coneshaped” because people thought this pest only lived on trees but not so much anymore! Though there had been some believed eradication efforts by 2003 with help from Florida Department Of Agriculture And Consumer Services (DACS), recent reports show resistive populations have returned within Broward County – hard at work seeking out new homes for their colonies again…this time around though we’re ready-and waiting.

Evidence of Termites at work

Homeowners can identify potential termite problems by being vigilant in and around the home. If you see any of these signs, it’s time to contact a pest professional who will be able immediately determine how much work needs done before treatment begins:
Inspection — A good way for an expert inspects your property is with their eyes alone—and this doesn’t require special equipment either! Look out for yellow droppings or wings near entry points where they come into buildings as well as noticing if there’s been recent construction activity nearby (which might create more dust).  Termites  can cause big problems for your home. There are tell tale signs you can look out for to know if you may have a termite problem.  The most common sign of their presence is when you see mud tubes on the exterior or if there’s soft wood in areas like ceilings and walls which sound hollow when tapping with fingers, darkening/blistering paint jobs near where they nest. Uneven floors containing small piles resembling sawdust indicating swarmers have entered through an aperture(s) somewhere within range; discarded wings seen outside doors frequently indicate swarmer activity.

Here at Spire Pest of Richmond Va we know that termites could literally eat you out of house and home but we are here with effective way to get rid of these pest. Give us a call today (407)723-7863. 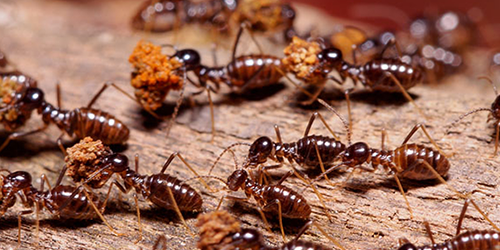 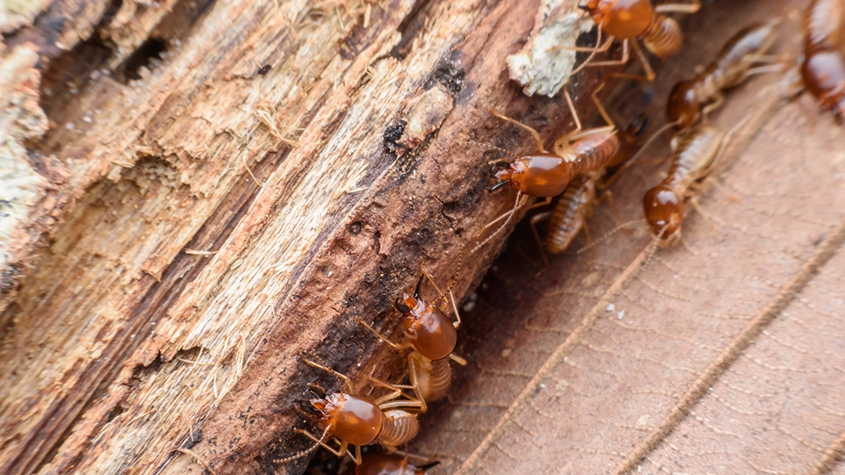